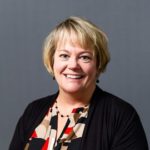 Nicotine is not just found in cigarettes but also can be found in various vaping products, like the Juul™, a popular e-cigarette product used by teens that looks like a USB drive.  Each Juul pod “vaped” has about the same nicotine as a pack of cigarettes. This surprises many teens and parents because there’s an assumption that teens are vaping just flavored “water”.  That isn’t the case. And vaping is up in teens…way up. In fact, according to the Monitoring the Future survey from 2019,

“Between January 2017 and January 2018, the percentage of 12th graders who reported vaping nicotine (not flavoring or other substances) during the past 30 days nearly doubled, from 11 percent to nearly 21 percent; among 10th graders, the increase was almost as great, from 8.2 percent to 16.1 percent. These are—by far—the biggest one-year increases ever seen for any substance in the history of the MTF survey.” (MTF has been done for over 4 decades.)

This gives us pause for a few reasons.  Because the teen brain is more susceptible to addiction than the adult brain, use of addictive substances can be more dangerous.  And nicotine is one of the most addictive drugs we know. Nora Volkow, from the National Institute of Drug Abuse (NIDA), mentions in her blog¹ that nicotine is so addictive because the activity of using it (smoking) is repeated so often and can be done while doing so many other activities, the reward can be very powerful.  In other words, the brain gets rewarded through the use of the drug and nicotine also seems to make other, non-drug activities more enjoyable.

Another concern is the potential increase in regular cigarette use by teens.   A recent study linked adolescents’ use of e-cigarettes (vaping) to a greater risk of moving from experimental to more established use of traditional cigarettes². From this study, Dr. Chaffee says, “Not every adolescent who experiments with e-cigarettes will go on to smoke…However, convincing evidence shows that e-cigarette use substantially increases the odds of becoming an established smoker—even for youth who have an otherwise low risk for cigarette smoking.”  So it seems like e-cigarette use could lead, not only, to nicotine abuse and addiction, but also to increased use of traditional cigarettes.

The choice that many people make when they decide to use nicotine can have a long-lasting effect.  The U.S. has made great strides in reducing traditional cigarette smoking over many years due to a multi-pronged awareness and education campaign.  We need to continue that with students, but also now include information on vaping and the risks that adolescents are taking by experimenting with e-cigarettes.

And that is really what these teens who vape are doing whether they know it or not…taking part in the first wave of “experiments” out in the field for which we won’t know the outcomes for many years.  And that is the most concerning part. Because e-cigarette use is so new, there is not a lot of research on it and data about it, but with increased use comes increased concern and attention. Conversations about vaping and any new data that comes out are vital to discuss with adolescents.  They know that traditional cigarette smoking is dangerous, let’s make sure they see how e-cigarette use can also be, maybe, just as harmful.