Step-Out of Your Comfort Zone by Danielle Gluckman

I’ve always worked with kids, from preschoolers to college students, but for the most part across this age span their biggest questions revolve around sexuality. I have seen this innately human topic get shut down from teachers or peers who are embarrassed or unsure of how to keep their composure when talking about the menstrual cycle, but I have also heard patient teachers give eloquent responses to a four-year-old asking why women have breasts. It does baffle me that toddlers, when seeking answers are usually told myths, their parents become unsure if they should tell them where babies come from, keeping private parts “private” and often using euphemisms to refer to these “secret” regions of the body. Not having the proper vocabulary to talk about their bodies can lead to unhealthy practices or not speaking up when something is wrong. If someone doesn’t know how to speak about an issue, they may have a hard time asking a doctor about it, leading to embarrassment and allowing any issues to go untreated. This secretive communication, in my opinion, does not lead to healthy relationships but can allow many to have shame surrounding their bodies and negative ideas of one’s self-image.

In my house growing up, I was fortunate enough to have parents that provided me with the right resources to address sexual health, like books on physical and emotional health and ongoing conversations that helped me understand that it was okay to go to either of them with questions in the future. Compared to my peers I have noticed that I received a great deal of my sex education at home, which most of them see as a-typical. Many of my friends’ moms and dads avoided having “the talk” and would have been really embarrassed to talk about healthy relationships and consent regarding sexual activity. Their parent’s solution was to have them leave doors open when they had a friend of the opposite sex over, thinking this would prevent them from doing anything risky. My friends would often end up doing the same things they intended to, but somewhere riskier. Instead of addressing contraception and consent, and allowing trust in their child, these parents added a level of secrecy to their teens lives. It seems like my friends’ parents hoped their children would learn everything they needed to from sex ed in school, and if it wasn’t enough they were still unwilling to cross their comfort zone to talk about sexuality and sexual health with their kids. 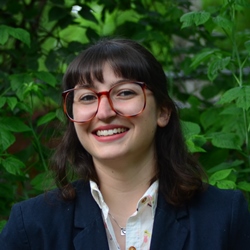 About the Author: Having just received her bachelor of science in Child Development and Family Relations, Danielle will be continuing a Masters program at the University of Maine. During her time at Maine she has been studying Human Sexuality and is excited to teach a Peer Education course on Sexual Health and Reproductive Education this fall. Up North she is on a Roller Derby team, Central Maine Derby’s, North-wood Knockouts, and enjoys embroidery and cross country skiing.