In high school, you don’t often think about the consequences of spreading gossip. It’s just something that you do. Sometimes it’ll be a random rumor about who’s dating who, or what someone is wearing, but most often you hear about the sexual lives of your classmates. How far they went, with who, and when. The girl called a slut, a whore, the boy given high fives and adding to his “body count”. The word “consent” doesn’t even come up… unless it’s in a joke.

Boys joke about the whole “#MeToo” movement, each one of them yelling “rape” if someone accidentally brushes their hand in the hallway. They don’t understand that some of the people standing near don’t see that as a joke, they see it as a real problem—something that’s actually facing teenagers today.

Consent is not a topic many health teachers spend a lot of time reviewing. They assume understanding “no” is a given, but they don’t teach what “no” means or under what circumstances a person is not able to give proper consent. Boys aren’t taught that when a girl gets drunk, that does not mean it’s okay to have sex with her, even if she does say ‘yes’. Girls aren’t taught that just because she says yes at one point in time and then changes her mind, does not mean that she lied or tricked her partner. But most importantly, boys are not taught that they, too, can be a victim of sexual abuse or assault.

I hope that teaching consent will help open the eyes of the people that make light of movements like MeToo into members of society that can empathize with victims of sexual assault. The earlier we start to educate on the psychological and emotional trauma that can be inflicted on victims of sexual assault, the more likely those assaults won’t happen in the first place. Overall, teaching about consent would start to unravel the mass of questions about what it means—in addition to focusing on ‘no means no’, we should direct some attention on when ‘yes means yes’. 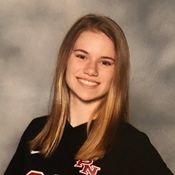 About the Author: Sophie Adzia is a sophomore at Plainfield North High School. She is an honors student as well as a student council member. She plays club soccer for Evolution and varsity soccer for her high school. An active member of Alleluia! Lutheran Church in Naperville, Sophie is a student leader in their middle school confirmation program and loves being a positive example and a shoulder to lean on for her sixth grade girls. She also attends the church high school youth group. Though interested in psychology, Sophie is still exploring what she wants to study in college and plans to go to a four year university.

PreviousDifferent Viewpoints: Conforming to Social Media’s False Reality
NextSummer Sleep is Time to Recharge (if you let it)