Marijuana became legalized for recreational use in Illinois on January 1st, but it may not lead to the desired outcomes consumers envisioned. The law is called the Cannabis Regulation and Tax Act and allows Illinois residents and visitors over the age of 21 to possess small amounts of marijuana. Marijuana may only be purchased at a licensed dispensary (for now, as licenses will extend to stores and other outlets later this year). It cannot be purchased from an individual, and though it is legal in some states, it is still illegal at the federal level. This means it could impact the immigration status of people who are not US citizens. For instance, even persons who admit to using or benefiting from investing in the marijuana industry can face deportation or be denied a green card. 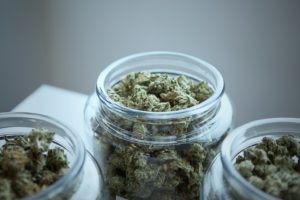 Persons who are authorized to legally purchase and use recreational marijuana can use it in their homes, but not in an apartment without their landlord’s consent. Persons also cannot smoke marijuana in public places (any place where they could be observed by others) including motorized vehicles, on school grounds, any place smoking is prohibited under the Smoke Free Illinois Act, and near anyone under the age of 21. Therefore, parents and other adults are prohibited from using marijuana in all forms around children below the legal age.
Additionally, it is illegal to drive under the influence of drugs and alcohol in all 50 states, and this includes marijuana. Individuals with a THC level of 5 nanograms or more per millimeter of blood can face driving under the influence (DUI) charges in Illinois. Motor vehicle operators should be cognizant that in Illinois they give consent to participate in breathalyzer and blood/urine tests by simply driving. This means law enforcement officials have authority to pull over vehicles if officials have reasonable cause (i.e. vehicle swerving or difficulty staying in a lane) to believe motor vehicle operators are under the influence of alcohol or other drugs. Consumers should also be cognizant that blood testing can detect THC for 3 to 4 hours after use, and that THC metabolites can be present in the body for several days.

The cannabis law also allows Illinois employers to use “reasonable” zero tolerance or drug-free workplace policies regarding drug testing as well as smoking, consumption, storage, or use of cannabis on the job or while on call, so long as such policies are applied in a nondiscriminatory way. However, employers cannot terminate employees who use marijuana off site and outside of their work hours.

Penalties for possession of marijuana beyond the legal limit are severe even for those who may purchase it legally. For example, the law allows Illinois residents who legally purchase marijuana for recreational use to possess 30g or less. Persons found to possess more than 30g – 100g could face up to one year in jail and a maximum fine of 2,500.00. Individuals who are in possession of 100g – 500g could be sentenced to 1 – 3 years and pay a maximum fine of 25,000.00. There are also penalties for delivering marijuana to a minor. In fact, a person at least 18 years of age who delivers cannabis to a person under 18 (who is at least 3 years younger than the former) could be sentenced to imprisonment for a term up to twice the maximum term authorized per 720 Illinois Comp. Stat. 550/7.

It is essential for Illinois’ laws to protect children from marijuana traffickers because the use of marijuana can have a significant impact on young people’s brains. For example, marijuana use can impair critical functions such as attention span, memory, and learning. In teenagers, studies have shown regular marijuana use could lead to a reduction in cognitive functioning lowering I.Q. by as many as 5.8 points by the time they become adults.

As previously mentioned, marijuana for recreational use has been legalized in Illinois; however, there are restrictions on the purchase and consumption of this drug. Marijuana use produces adverse effects and should only be used by responsible adults who purchase it through a licensed dispensary.