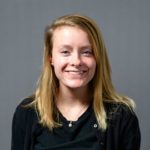 For centuries, tobacco was used in religious ceremonies, thought to relieve pain, and was not seen as a health risk…YET. Throughout the 1920s, research was being conducted and scientists started to link smoking to the incidence of lung cancer (University of Dayton). During World War II, tobacco sales were at all-time high, which, in-turn, lead to a steady stream of customers becoming addicted from this nicotine-heavy product. Throughout the early 1950s, other research started to reveal the dangerous ingredients that cigarettes contain, such as tar and up to 7,000 other chemicals, including asbestos. Later in the 1950s and through the early 1960s, it was confirmed that tobacco was also causing some other very serious health conditions and diseases (Cancer Council). Despite what we know now from science, there was a time when cigarettes were recommended by doctors to help treat throat irritation, a notion that today would seem “insane.” 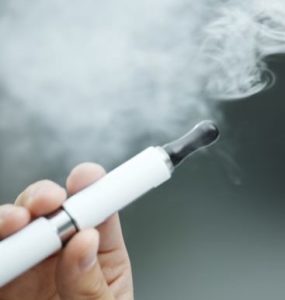 Today, we see a high percentage of people, including teens, using vape products. Vaping started becoming popular around 2011 and has been steadily increasing in popularity since. Vaping was originally created as a smoking cessation tactic; the goal was to make sure it was smokeless, nicotine-free, and flavorful to hopefully replace smoking tobacco. It was supposed to ease the transition from smoking tobacco to not smoking at all. However, this clearly has not been the case. The Food and Drug Administration (FDA) has not approved or ever proven that vaping can aid someone transitioning from cigarettes to not smoking, like the nicotine patch or gum. Recently, some side effects are becoming more apparent with the more data we collect. Lung diseases and other respiratory illnesses have been shown to have a direct correlation to vaping. Some of these are due to vaping THC products, specifically those obtained on the “black market,” containing additives like Vitamin E which have been shown to not only cause serious illness but, in some cases, death.

Back in the 50’s and 60’s young people were heavily exposed to cigarettes on the newest technology of the day, television. The same holds true for vaping. Vaping has gained popularity with the millions of views and “likes” on YouTube, Instagram and Tik-Tok. While there have been some major efforts to help reduce youth use of these products, many are still in the “couldn’t happen to me” mindset, proving it challenging to curb this behavior. It may still take many years to find out all the side effects or conditions and illnesses that vaping can, and in some cases, will inevitably cause. So, we need to ask ourselves, is vaping today’s cigarettes? Are we seeing high usage of this drug because it is more socially acceptable and the true dangers are less known? We know only time and further research will allow us to answer these questions, but the hope is that we will learn from the history that cigarettes provided and stop vaping before it’s too late.