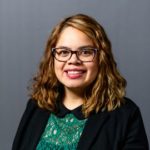 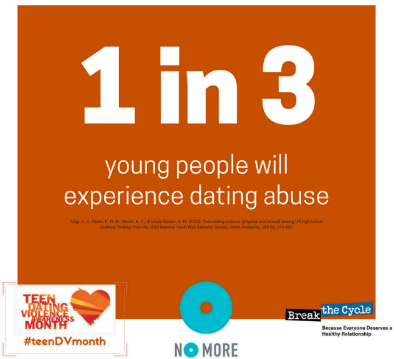 One in ten high school students has been purposefully hit, slapped, or physically hurt by a boyfriend or girlfriend. However, there are other forms of abuse aside from physical: sexual, emotional/verbal, financial, stalking, and digital. These other forms of abuse are the ones that are concerning, because they may be murky, or not as clear, for someone to confidently categorize as abusive behavior. “What’s unhealthy in one relationship may be abusive in another.” BreaktheCycle.org lists the following as common warning signs of dating abuse:

A Parent’s Guide to Teen Dating Violence states, “no one is better positioned to make a difference in the lives of young people than parents.” Along with this guide, there is also a free app meant for parents called “Love is Not Abuse.” The app simulates what controlling and abusive behavior can look like for a young person, in addition to providing additional tips and resources on dating abuse. The support of trusted adults is extremely important in preventing, and helping to end, an abusive relationship. If you or someone you know needs help, text “loveis” to 22522, or call 1-866-331-9474. Relationships can be difficult to navigate even for the most experienced adult. My heart goes out to young people who are exploring their independence, making more decisions on their own, and trying their best to be a good partner in their new world of romantic relationships.