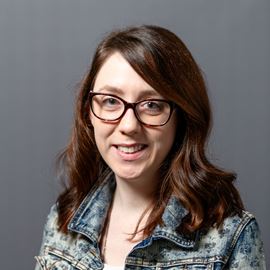 As an educator for Candor Health Education, I spend a considerable amount of time in front of 8th graders discussing pregnancy prevention. A few weeks ago, I became curious about the students’ perceptions of teen pregnancy trends. I posed a question to one of the groups I was teaching: Do you think teen pregnancy has been increasing or decreasing in the past couple of decades? The students overwhelmingly guessed that teen pregnancy has been increasing. I repeated this admittedly unscientific poll in several more classes and found the results to always be similar; students assume the worst.

The reality is in fact the opposite: the teen pregnancy rate and the teen birth rate has been declining since the Baby Boom years. Birth rates among teenagers 15-19 have dropped by half since 1991.1 In 2013, teen births reached a low rate not seen since 1946, and rates have continued to drop.2 According to the CDC, these low rates are due in part to both lower levels of sexual activity among young women and increased use of contraception among those who are sexually active.3 But what led to the lower rates of sexual activity and higher rates of contraceptive use? It’s not easy to pinpoint the cause, but it is likely a confluence of factors.

One factor may be public funding for family planning. The Title X Family Planning program was enacted in 1970 by the Nixon administration with bipartisan support. It is a federal grant program dedicated to providing access to contraceptive services, supplies, and information, with priority given to low-income individuals. Typical grantees that receive funding are state and local health departments, tribal organizations, hospitals, university health centers, independent clinics, community health centers, and faith-based organizations. One study suggests that without publicly funded services from Title X-supported centers, the rate of teen pregnancy might have been 30% higher in 2014.4

One surprising theory suggests that teenagers may have been profoundly influenced by the MTV franchise 16 and Pregnant, which includes the Teen Mom sequels. This series initially drew both criticism and praise; some argued that the show realistically portrayed the teens’ struggles as young moms, while others argued that it glamorized teen pregnancy. In a 2014 report, the Brookings Institution argued for the theory that the series was in fact was partly responsible for a sharp decline in teen births.5 This report argues that the MTV shows contributed to a large decline in teen births in the years after they aired, accounting for one-third of the overall decline in those years. The report analyzed data comparing geographic areas in which the MTV shows were popular and areas in which there were high numbers of internet searches for terms like “birth control.” The analysis found that locations in which the franchise was more popular had greater increases in such searches when the show was on air.

Despite the downward trend, the United States continues to have higher rates of teen pregnancy than other developed countries.6 We shouldn’t grow complacent and expect the trend to continue. We need to better understand what motivates teenagers’ decision-making regarding sex and contraception. Education programs need to also identify the appropriate communication channels to reach young people. The Robert Crown Center, for its part, has embarked on a plan to bolster sex ed programming with scenario-driven education, which puts the facts into the appropriate context for teens to connect with. The potential impact of 16 and Pregnant suggests that if we want our youth to delay parenthood until they are mature adults, perhaps the best people to demonstrate the challenges of unplanned pregnancy are teens like them.