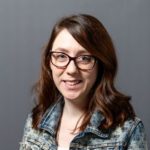 In 2006, a vaccine called Gardasil was introduced to prevent the most prevalent and most deadly strains of a common sexually transmitted infection called Human Papilloma Virus, or HPV. The CDC recommends that all children start the vaccine series between the ages of 11 and 12. Yet 11 years later, in 2017, only about 49% of adolescents completed the two-dose vaccine series (adolescents who start the series on or after their 15th birthday need to be given three doses).1 The low rate of vaccination means that many youths are not protected against a virus that causes most cervical cancer and a few other more rare types of cancer that can affect women or men. Every year more than 13,000 cases of cervical cancer are diagnosed, and over 4,000 of these cases are deadly.2

Why the low rates of vaccination? Gardasil is not required for school in most states, unlike several other vaccines. What sets HPV apart from measles, mumps, rubella, and polio is that it is spread through sexual contact, not casual contact. Vaccinating children to prevent an STI can make some parents uncomfortable, and the states that have mandated Gardasil were met with resistance from a few vocal parent groups. Preventive measures have not, however, been shown to increase rates of risky sexual behavior such as engaging in more sexual activity or skipping condom use.3 When the vaccine was developed, public health experts anticipated that sexual attitudes would be a significant barrier to public acceptance. While this is one important factor and it generates headlines, studies have shown that hesitant parents are more often worried about the safety of the vaccine.4

This is not a problem unique to Gardasil. The World Health Organization has declared vaccine hesitancy one of the ten biggest threats to global health. Low rates of the combined measles, mumps, and rubella  (MMR) vaccine have resulted in a 30% rise of measles cases worldwide, even in the US where measles was eradicated in 2000.5

There is no one cause for vaccine hesitancy, but distrust of institutions is a consistent issue. Some worry that lobbying on the part of Gardasil’s manufacturer, Merck, has an outsized influence on mandatory vaccination laws. While Merck has lobbied heavily for laws that would benefit the company’s bottom line, extensive clinical trials have demonstrated that the vaccine is safe, well-tolerated, and effective. As with any vaccine, Gardasil has a very small risk of adverse effects, and the risk of these effects is outweighed by the benefit of prevention of potentially deadly cancers. 6,7

Much of the suspicion stems from a now debunked study that drew a link between the MMR vaccine and autism. Andrew Wakefield and colleagues made this claim in 1998 in a series published in the Lancet. This publication was based off a small sample size of 12 individuals, had a faulty experimental design, and made speculative conclusions. Very soon after, several studies that refuted the claim were conducted and published. The Lancet eventually retracted the paper and stated that Wakefield was guilty of scientific misrepresentation.8 Unfortunately, the unscientific claims created a sensation, and distrust in vaccines is still a problem today.

In some ways vaccines are a victim of their own success: when a disease is almost eliminated from a population, the perception of the severity of the illness lowers as memory of it recedes. As a relatively new vaccine, Gardasil does not have this problem to the same extent as other vaccines that have been in use for decades. However, acceptability of the vaccine is linked to perception of HPV severity.9 Many are unaware that HPV causes thousands of deaths each year.

If the medical community could increase awareness about the extensive surveillance of vaccine safety, its likely parents would be more confident about having their children get all of the recommended shots. Unfortunately these surveillance systems are not always well understood, even by health care providers.

Although sexual attitudes are not the primary cause of hesitancy about the HPV vaccine, studies have found that vaccination is more common among older adolescents and providers tend to recommend it more to older adolescents than 11 to 12-year-olds.4 Providers should stress the importance of prevention before exposure to the virus.