Candor Health Education > News > What To Know Before You Ghost

The title of this article might prompt the reader to think it would have been more appropriate for the Halloween season but the timing of it is actually more apt in this current season of good will toward all and making resolutions for the better. The topic is humans and the relationships we create with our families, friends, neighbors, colleagues and romantic partners. These relationships help us thrive when they are supportive and loving and we suffer when they are not. According to Northwestern Medicine, healthy relationships provide benefits including stress reduction, better healing, healthy behavioral choices, a greater sense of purpose and a longer life.

Some relationships last for a lifetime, reliable and steady and others only last a summer. Pat and Lou were the lifetime type of relationship, friends for 25 years. They had met as adults through work and bonded almost instantly over common interests, similar senses of humor and life priorities. They talked most every day, laughed a lot, traveled together and spent their weekends hanging out together and with other friends. They disagreed sometimes, even argued now and then but always seemed to find their way back to their friendship. Until they didn’t.

Pat sometimes solo traveled and typically called Lou once the trip was over to share the highlights. When Pat didn’t reach out after a recent trip, Lou became concerned. After a few days, Lou reached out to a friend they had in common to see if they had heard from Pat. A few hours later, Lou received a text from Pat that said only that Pat was feeling a little under the weather. Over the next few days, Lou reached out to Pat several times and received no response. Over the next few weeks and months, Lou denied the reality of Pat’s choice to end the friendship. It eventually took a complete physical and emotional breakdown for Lou to acknowledge the grief of losing Pat’s friendship. Years have passed but those who know Lou best would say that Lou was deeply changed by the grief of how the friendship ended and that Lou is no longer the person they once knew.

What Pat did is popularly referred to as “Ghosting”, a cruel and cowardly choice. Ghosting is to suddenly cut off all contact with no explanation. Not everyone who is ghosted suffers a breakdown as Lou did but even those who manage to pick themselves up and dust themselves off often acknowledge being ghosted as among one of the worst experiences of their life. When Pat chose to ghost Lou, it’s unlikely the intention was to cause the pain and destruction it did.

Psychologist and professor at Emory University’s School of Medicine, Dr. Jennice Vilhauer explains that “staying connected to others is so important to our survival that our brain has evolved to have a social monitoring system (SMS) that monitors the environment for cues so that we know how to respond in social situations”. We rely on those social cues to regulate our behavior according to whatever environment we’re in. “Ghosting”, says Vilhauer, “deprives you of these usual cues and can create a sense of emotional dysregulation where you feel out of control.”  In other words, Pat going silent on Lou didn’t just hurt, it boggled Lou’s brain.

The temptation to ghost another as an easy way out of a relationship is understandable but in reality, it is only an easy way for the person doing the ghosting. As the trusted adults in the lives of children and youth, we must model how to build healthy relationships as well as how to end relationships if necessary, making clear that ghosting is not an option. Provide suggestions on more appropriate ways to end a relationship. Explain that effectively communicating is just as important at the end of a relationship as it is during. Relationships sometime end, it’s just important to account for BOTH people’s feelings when it does.

Next Month: What To Know If You’ve Been Ghosted 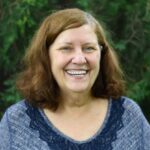 PreviousInformed Decisions
NextPart 2: What to Know If You’ve Been Ghosted