In the short 5 minute passing period between classes I can take one glance up and see the eyes of nearly half of my peers glued to the screens of their phones.  Those who aren’t looking at their screen in the hallways, will often pull it out as soon as they get to their next class.  With eyes glued on the shining screen in front of them, and their thumbs swiping, typing, and double tapping teens scroll through their Instagram feed or respond to the countless snapchats that they receive each day. Social media has totally changed the lives of teenagers and has introduced a new problem in fighting substance abuse among them.

On Friday nights, ten second videos of teenagers dancing in basements with Solo cups, or in some cases beer bottles, in hand are just “taps” away from the eyes of nearly every teen.  Many teens flood their social media with these images of their weekend activities for all of their followers to see.   Being surrounded by these images makes many question if underage drinking is really all that bad.  After all, if it seems like everyone else is doing it, shouldn’t they be doing it too?

Constantly being surrounded by images and videos of peers drinking on weekends, vaping in the bathrooms of the school, or getting high on a weeknight gives many teens a false reality that everyone is taking part in these illegal activities.  These social media posts are a form of peer pressure that doesn’t fit the image of “typical” peer pressure.  This type isn’t kids at a party pushing their friend to just take one sip, but rather an indirect pressure that occurs every time they look at their phone.

Social media has created an environment where young people are being hyper-exposed to all the things they are told not to do from childhood.  The images teens are surrounded with make them believe that they too should be drinking and partying just like the people on their screens, because as a teen who would want to be the only one who isn’t partying? But what teens don’t often realize is that for every person they see on Instagram or Snapchat smoking, drinking or vaping, there are just as many teens sitting at home on a Friday night watching a movie.

For many, the teenage years are often associated with finding out who you are as a person.  Most kids don’t know what they want to do with their life, who they want to become, or even what they are going to wear to school the next day.  They are self-conscious of the choices that they make, so more often than not it’s easier to become the person they see through their screen than to be themselves.   Teenagers are conformists.  Most want to be like everyone else, act like everyone else, and dress like everyone else.  Social media has allowed this culture of conformity to grow to new levels.  Often times teens drink, smoke, and vape not because they want to, but because it’s what they think everyone else is doing.

I don’t have a guaranteed solution to fixing this problem, but I do know how we can try to start to change this behavior. We need to encourage more self-confidence and individualism in teens so that they no longer feel like they NEED to conform to the standards of their peers. As teens we have all heard a million statistics about why we shouldn’t involve ourselves with illegal substances, but we are rarely given the tools to resist repeating the actions we see every time we swipe open the screen of our phones. 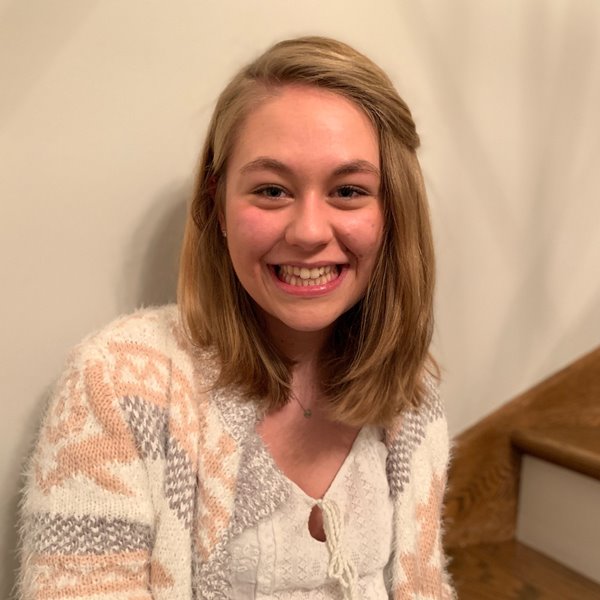 About the Author: Sydney Thayer is a student at Hinsdale Central High School and is actively involved as President of both Peer Leadership and Varsity Club.  Sydney is an honor student and is most passionate about her social studies classes and Business Law.  Sydney plans to major in Political Science at a school in the Washington DC area.  Outside of school Sydney loves to babysit, volunteer with local organizations to help those less fortunate, to bake, watch the Cubs and spend time with friends and to organize things!